Posted on August 25, 2016 by Pascal Essiembre in Latest Releases 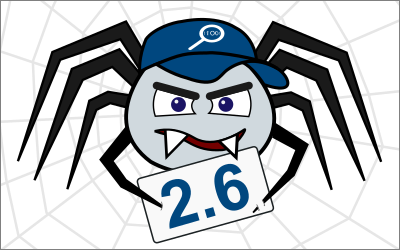 Norconex has released version 2.6.0 of its HTTP Collector web crawler! Among new features, an upgrade of its Importer module brings new document parsing and manipulating capabilities. Some of the changes highlighted here also benefit the Norconex Filesystem Collector.

The GenericURLNormalizer has a new pre-defined normalization rule: “removeTrailingSlash”. When used, it makes sure to remove forward slash (/) found at the end of URLs so such URLs are treated the same as those not ending with such character. As an example:

It can be used with the 20 other normalization rules offered, and you can still provide your own.

By default StandardSitemapResolverFactory is enabled and tries to detect whether a sitemap file exists at the “/sitemap.xml” or “/sitemap_index.xml” URL path. For websites without sitemaps files at these location, this creates unnecessary HTTP request failures. It is now possible to specify an empty “path” so that such discovery does not take place. In such case, it will rely on sitemap URLs explicitly provided as “start URLs” or sitemaps defined in “robots.txt” files.

Thanks to the new CountMatchesTagger, it is now possible to count the number of times any piece of text or regular expression occurs in a document content or one of its fields. A sample use case may be to use the obtained count as a relevancy factor in search engines. For instance, one may use this new feature to find out how many segments are found in a document URL, giving less importance to documents with many segments.

DateFormatTagger now accepts multiple source formats when attempting to convert dates from one format to another. This is particularly useful when the date formats found in documents or web pages are not consistent. Some products, such as Apache Solr, usually expect dates to be of a specific format only.

DOM-related features just got better. First, the DOMTagger, which allows one to extract values from an XML/HTML document using a DOM-like structurenow supports an optional “fromField” to read the markup content from a field instead of the document content. It also supports a new “defaultValue” attribute to store a value of your choice when there are no matches with your DOM selector. In addition, now both DOMContentFilter and DOMTagger supports many more selector extraction options: ownText, data, id, tagName, val, className, cssSelector, and attr(attributeKey).

GenericDocumentParserFactory now makes it possible to overwrite one or more parsers the Importer module uses by default via regular XML configuration. For any content type, you can specify your custom parser, including an external parser.

Other changes and stability improvements were made to this release. A few examples:

Pascal Essiembre has been a successful Enterprise Application Developer for several years before founding Norconex in 2007 and remaining its president to this day. Pascal has been responsible for several successful Norconex enterprise search projects across North America. Pascal is also heading the Product Division of Norconex and leading Norconex Open-Source initiatives.

What are you looking for?

Our website uses cookies to improve your web experience and basic analytics to better understand our visitors.